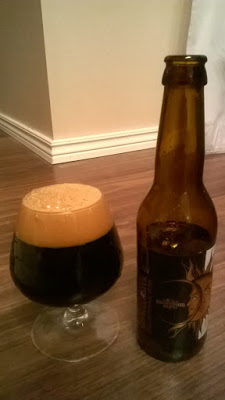 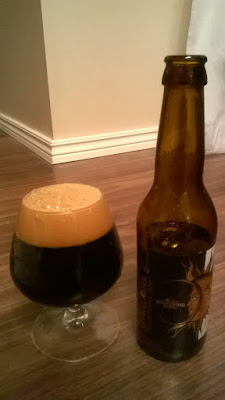 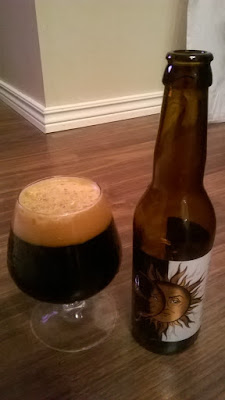 What about the beer?
Colour is black with a medium-sized beige head. Aroma has milk chocolate, strong vanilla and even some berry scent – slightly luring. Taste begins with vanillaish dark chocolate. Roasted malts, dark chocolate and delicious vanilla take over. Towards the end fruity bitterness and coffee get mixed to the sweet vanilla-chocolate liquid. Aftertaste has dark chocolate, vanilla spice and dry cocoa bitterness – and it lasts.
Sweetish chocolate-vanilla dominated Imperial Stout. Chocolate chips and Madagascar vanilla used in the brewing really stick out in the flavour. And it’s liquid perfection. Thick, strong and smooth brew – only thing that’s missing is booze. But I don’t mind. The strong collabs seem to work fine with Lehe.

Ravnodenstvie (in Russian) means equinox, the moment when day and night are approximately equal, which happens twice a year around 20 March and 23 September. So, choosing the album and the artist was easy. Since the brew is so complex and great, I probably should have chosen the whole album (Spotify, YouTube) here, but because it’s one beer and one song, the choice between parts 4 and 5 turned to the victory of the former.
Jean-Michel Jarre: Equinoxe, Pt. 4 (YouTube)
From the 1978 album Equinoxe, the song was written by Jean-Michel Jarre.