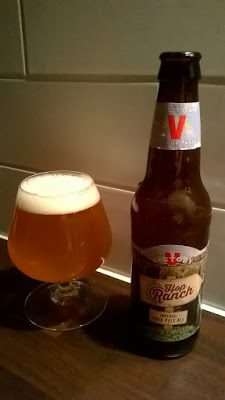 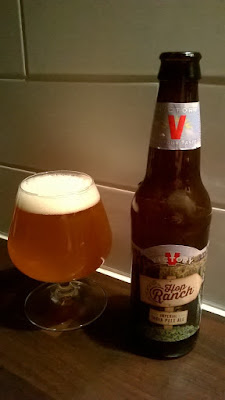 What about the beer?
Colour is hazy golden orange with a small white head. Aroma has orange, mango and pineapple. Taste starts with sweetish fruity bitter bite. Bitter piny grapefruit takes over with orange and caramel side tones. Towards the end pine and sweeter fruits like orange and mango step in the line with grapefruit. Aftertaste has sweet orange, bitter grapefruit and boozy pine.
My kind of Imperial IPA. More citrus fruits than biting bitterness, pine comes out supportive, not dominant. Alcohol stays viciously almost hidden. Damn delicious. Quite a salute towards the hop farmers from Victory Brewing.

No country- nor farm-themed songs fit the mood of this great brew. And this song isn’t about the fields of barley, neither.

Gary Moore (feat. Phil Lynott): Out in the Fields (YouTube)

From the 1985 album Run for Cover, the song was written by Gary Moore.