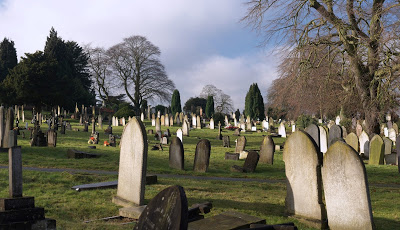 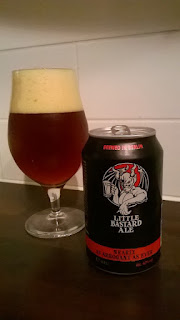 What about the beer?
Colour is reddish brown with a medium natural white head. Aroma has malts, bitter citrus and caramel. Taste starts with malty and fruity bitterness. Dry caramel malts and bitter citrus take over. Towards the end piny bitterness shows up with some sweetish fruit. Aftertaste has dry piny caramel malts and grapefruit bitterness.
Malty and bitter sessionable Ale. Clearly the politically correct little brother of Arrogant Bastard. Much easier to handle than the big brother – in good and in bad. Mild but tasty.

Should probably check the big brother song choice after this, but I won’t. If this track is compared to the band’s actual hellraiser songs, it sounds like Lemmy singing Michael Bolton, doesn’t it?—
Motörhead: Born to Raise Hell (YouTube)
From the 1993 album Bastards, the song was written by Lemmy Kilmister.