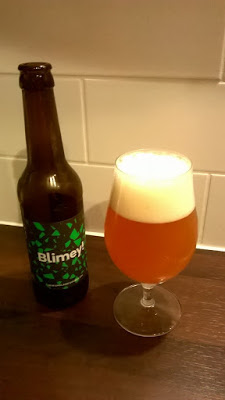 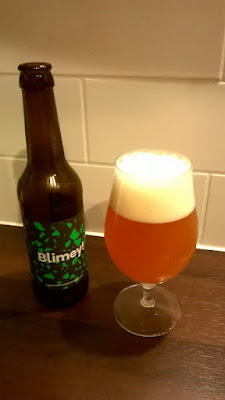 What about the beer?
Colour is white-flaky hazy orange with a large white head. Aroma has a straight flush of citrus – lemon, grapefruit and orange – with piny and fruity drops. Taste begins with piny bitter grapefruit. Bitter grapefruit-lemon juice with citrus peel and spicy pine takes over. Towards the end sweet orange-mango juice gets through to the pine-grapefruit mix. Aftertaste has freshly bitter grapefruit, tart lemon and dry pine.
Fresh citrus-packed Double IPA. A very good one, though I don’t believe this to belong to the sub-style of New England/Vermont IPA’s: there’s a fine amount of unshamed bitterness, especially in the finish. Rich in fruits, pine and bitterness. Delicious.