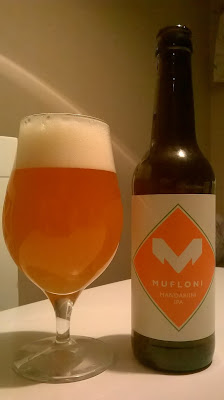 What about the beer?
Colour is hazy golden orange with a large white head. Aroma has stingy grapefruit, tart lemon and yeast. Taste begins with sour bitter citrus. Fresh tart lemon and bitter grapefruit take over with some pine in the background. Towards the end bitter piny grapefruit and sweet orange come out strongest. Aftertaste has sour lemon, bitter grapefruit and gently piny dryness.
Excellent citrus-dominating India Pale Ale. There’s bitterness and sweetness, there’s sourness an tartness. And of course, some piny bitter-dryness for the finish. This goes to the top sector of the Finnish IPAs I’ve had. One of Finland’s best breweries has succeeded again!

”Don’t you think I’m so sexy? I’m dressed so fresh, so clean.” Well, I don’t, actually. But the beer is fresh and clean. The beer isn’t supposed to be sexy, it’s supposed to be great. And this is.
OutKast: So Fresh, So Clean (YouTube)
From the 2001 album Stankonia, the song was written by Andre Benjamin, Antwan Patton and David Sheats.