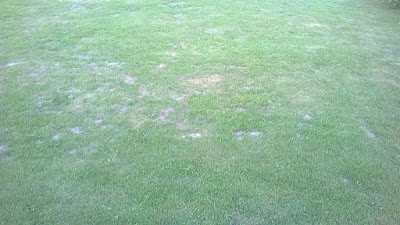 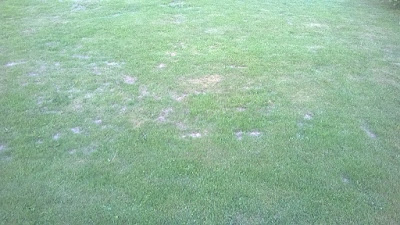 Time for the second part of my personal one-month long Via Dolorosa. After an easy start, first self-created bumps have been met. However, haven’t seen any reason to use the actual Force yet.
Day 6
So, yesterday’s wish didn’t come true. In Helsinki it was sunny and warm like the first day of actual summer after a nasty cold spring. Immediately the people of the capital city were flooding the streets with T-shirts and shorts on – the Finnish attitude from the first warm day until the end of summer.
Despite the beautiful terrace weather, oddly I didn’t miss the beer at all during the whole day. Probably because the burger for the late lunch at Friends & Brgrs was excellent. Probably because my thoughts were completely on work stuff.
Craving for a beer: 1
Day 7
Working in the garden. Even though it wasn’t the extreme slavery it’ll soon get, it still sucked. Mrs. Gardener hasn’t got enough force for the tough jobs of outerior decorations – or at least that’s her word – so it’s the man of the house who has to use the shovel for the shitwork. The first day of the year carrying sacks of dirt and other gardening crap around the yard means the end of freedom.
Mowing the lawn is the only respectable chore outside in summer. Put the earphones on, turn the volume up, choose some tracks with lyrics about murdering virgins and eating babies and push play. Pull the chord of the lawnmower, hear the Ol’ Lady coughing at first, then roaring with the merciless blade swinging, and walk around the green asphalt with the gasoline-sucking smoke-blowing polluter for an hour or so. Middle-aged married man meditating. And finally there’s the crown for the drugless nirvana: an easy-drinkable cold beer afterwards. Women and male gardeners know shit about the true soul of the yard works.
Craving for a beer: 5 (still having patience, no pain)
Day 8
A rainy, gray, tired and boring day. Glad it’s over. Nothing fun or magical. No clever thoughts or words of wisdom here.
Just remembered one good thing. A bottle of Old Numbskull should be heading my way soon.
Craving for a beer: 2
Day 9
Friday again. After this there’ll be three more Fridays left in June. Last of them is the last day of June. Why am I thinking this kinda thoughts right now?
Probably, because today I did two things that are tightly attached to having a beer. After the extreme stupidity two days ago I finally got to mow the lawn. No cold one popped after that. Later I went to sauna. After sweating and relaxing it would’ve been great to grab a beer. Would. But didn’t.
Craving for a beer: 3 (after mowing the lawn 5 and after sauna 6)
Day 10
After the well-slept in five days it’s great to ruin it with a visit to a hardware store. The Missus wanted to get a plastic rattan sofa to the terrace, so that’s what we got. Unfortunately the furniture required some shittier-than-Ikea style assembly. It’s such fun to put the pieces together with Allen bolts that don’t fit the holes without using excessive force. Almost split my fingers. Any guesses how much I yearned for a cold brew at the end of the day?
Well, not enough. One third of the month behind, two thirds to go. Seems that getting really pissed rises the motivation to get totally shit-faced.
Craving for a beer: 7

What I’ve noticed is that not having one beer and relaxing every now and then, can really tighten up the screws. Especially if the legal refreshment is missed with situations that clearly cry out for a pint. Been there, done that.
Megadeth: Angry Again (YouTube)
From the 1993 soundtrack of Last Action Hero, the song was written by Dave Mustaine.