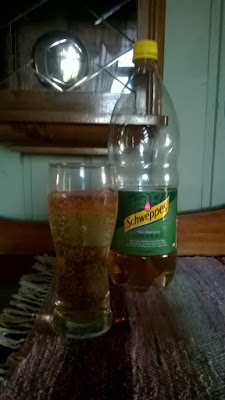 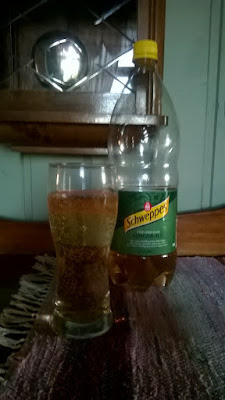 Life goes on. The saga continues. And blah blah blah.
Day 11
Spent the Sunday morning watching my son play in a small soccer tournament. Kinda showed the state of Finnish soccer. The only difference here was that today’s players were 4-6 year old boys and girls, the general picture is about adult men. The game looked exactly the same.
Otherwise the day went by so quickly that it seems to have vanished into thin air. Cleaning the house, paying some bills, some family time, watering the trees. Watering the trees? Jesus. June without a drop of beer or any other kind of alcohol starts to have some serious side effects.
Craving for a beer: 4
Day 12
Tonight it was a grill ’n’ chill evening with a friend couple and their family. Also it was the first clear chance to slip from the principle. The dude had received good news about getting a new job earlier on the day. So on the way home I picked a bottle of sparkling wine. But I didn’t slip – toasted with a mix of ice tea and 7Up. Wasn’t hard at all to deny myself the option of some Asti – sweet wines aren’t my thing.
Today I realized one thing more clearly than before. The nearest Finnish monopoly i.e. Alko store lies by my direct daily route to work. When the dry month is over, I might get tempted to make a visit and check what’s new on my way home a little too often.
Craving for a beer: 3— (and only because visited Alko)
Day 13
Lesson 1: A good night’s sleep is rather to ruin by eating too much grill ’n’ chill leftovers during the day. Makes you feel fluffy – in the bad way.
Lesson 2: After heavy eating it’s not too clever to go running for the rest of the day. Even though the feeling right after the run would be great, you’ll feel pretty bad afterwards. Nevertheless I think the run was good for the body.
Lesson 3: If you do what you’re told to avoid in lessons 1 and 2, there’s absolutely no craving for beer during the day. Even though brought the Old Numbskull with a couple of friends home today.
Craving for a beer: 1
Day 14
Started with a slow and tired day at the office. The day was sunny and warm, so being at work wasn’t the best way to spend the first hours awake. The good thing was – and usually is – the 5-kilometer bicycle ride in the morning there and another back home.
At home it was mowing a part of the lawn and some laundry work. Boring. Had a strange headache all through the day. Should sleep more.
Craving for a beer: 1
Day 15
Halfway through the challenge. Preparing for next week’s family holiday – some packing, some laundry work. It seems that this week I haven’t had time or I have been too tired to think about beer or not having one for half a month. Strange.
Craving for a beer: 2
Day 16
Off for a week’s holiday. Have been in the new office for a month now. Since the desk there is a height-adjustable one, haven’t spent a minute sitting at it. Standing for most of the day starts to take its toll now. Both my legs and my feet are killing me.
The week will mostly be spent with the family. Something special to come but you’ll read about it later.
Craving for a beer: 3 (and only because it is Friday)
Day 17
Saturday. Left with wife and kids too see my parents in the countryside. Actually met my brothers and their kids, too. The Grandparents’ residence – an old school – has become some kind of asylum or sanctuary to me. Sounds of nature. Fresh air. Room for wandering around and being perfectly still. The best sauna in the world. The Silence.
Excellent place to stop for a day and a night before hitting the road tomorrow. Usually here I cork a bottle or two. Today I corked one bottle of champagne for the others – a late celebration – and settled for some Schweppes.
Craving for a beer: 3 (and only because people around me were opening beer cans)

There’s nothing to worry about. It’s just a great song that’s hard to match with any good beer.
The Jimi Hendrix Experience: Manic Depression— (DailyMotion)
From the 1967 album Are You Experienced, the song was written by Jimi Hendrix.