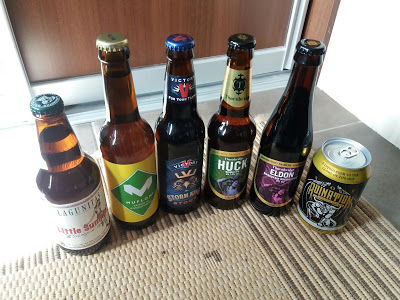 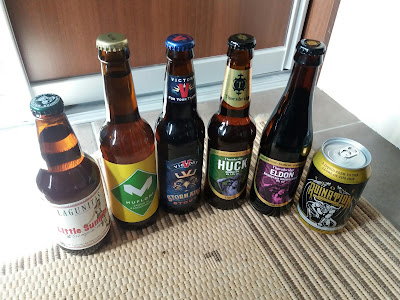 Finally – from both the writer’s and all three readers’ point of view – we’ve reached the last part of Sober June’s tragic miniseries. As you’ve already read, it’s been downhill and against the wind/wall/rocks the whole month so far. The last part doesn’t make a difference. Any kind of difference. There’ll be time for a deeper analysis later, or there won’t. We’ll see.
Day 24
Midsummer Day. The plan was to attend former neighbour’s birthday party in the evening. The theme was Bad Booze Bash: the guests were asked to bring old and unliked liquor bottles along, and expectations were that the booze would be consumed. Despite my theme month, I wanted to attend because of the people. However, the plan was bashed because of a sudden headache with neck and back stiffness. This has happened before: when a relatively huge stress – this time probably from organizing the family trip – is relieved, my body counter-reacts.
So, I drove the Mrs. and some neighbours to the party and came back to the house to rest, do some small chores and watch the rain. According to the lady, the mood of the party wasn’t too high, which could be noticed when picking the people at night: nobody seemed to be drunk. Clearly, it had been a party for people having their midlife crisis.
Craving for a beer: 1
Day 25
Woke up early. Picked the kids from the Grandpa’s house. Went running with a friend. Mowed and trimmed the lawn for two hours. (Lesson: Never let that green motherfucker grow for more than one week.) Prepared myself to get back to the office tomorrow. Damn, I almost forgot the work during one week off.
Craving for a beer: 2 (for thinking about the oncoming week)
Day 26
Back at the office. It was less crowded than a week and a half before: many started their holiday from Midsummer. Well, that equals less noise in the staff room. Otherwise it was business as usual at work.
At home looked after the kids which seems to require less time every day, since they seem to have developed some self-guidance and imagination. ”They grow up too quickly”, says the Old F**k. After last week’s family trip have gotten back to some routine in physical exercise. Tonight did some pullups and abs. And felt great.
Craving for a beer: 3 (Saturday and July are getting closer.)
Day 27
Up at 5.30 a.m. Train to Helsinki. Walk to Merisatama dock. Boat to Pihlajasaari island. Whole-day meeting there. Boat to Ruoholahti dock. Subway to Kamppi center. Sightseeing in and some picks from Alko’s flagship store. Train back to Pori. Home at 8 p.m.
Fast people. Slow vehicles. Long days. Short nights. Cold summer. Warm thoughts. Bright light. Dark… beer? Not yet. Next, please.
Craving for a beer: 5 (Stakes are getting higher, as is the pressure.)
Day 28
Monthly massage for the start of the day. It’s always great to get muscles kneaded and stretched. The bad side is that I felt completely beaten up the whole day. But it’s good for me.
Rest of the day was so ordinary that there’s nothing to be mentioned. Except that I put a couple of beers to the fridge to wait for the weekend. And a friend—  invited me to Helsinki for next week’s Friday. When Craft Beer Helsinki is on. Absolutely great.
Craving for a beer: 6 (The last two days can’t be that tough, can they?)
Day 29
Too little sleep, too many things left undone. That’s the way the month has rolled so far. The good news is that summer seems to arrive in Finland soon. The days are getting warmer. There’ll probably be time to seriously hop to the saddle of the bicycle and get some missing kilometers in July.
Of course, the weather is the worst excuse for not doing it before. The real reason is feeling lazy and tired and keeping other things more important. I’ll know in the end of the month, whether something – e.g. drinking beer – felt more vital than driving around with the bike. There are clear risks and threats in planning things too far.
Craving for a beer: 6 (Now, the craving for a bicycle tour is worse, around 8.)
Day 30
This is it. The end of June. At last. Today I headed to a friend couple’s cabin to the shore for the weekend. My thoughts in a nutshell:
When the month changes at midnight, I hopefully have some strength to uncap a beer bottle and raise a glass to occasional beer drinking and my normal way of life. Cheers and thanks for suffering this month with and of me!
Craving for a beer: 8 (I’m sure it got a worse during the evening but that was the status at 6 p.m.)

I picked the theme song of Day 24 here. It somehow describes the background to start this kind of month for no obvious reason.—
Faith No More: Midlife Crisis (YouTube)
From the 1992 album Angel Dust, the song was written by Roddy Bottum, Mike Bordin, Billy Gould and Mike Patton.