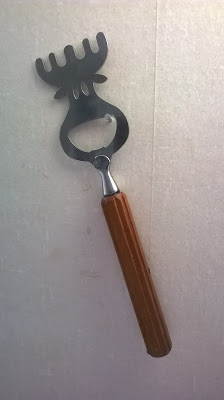 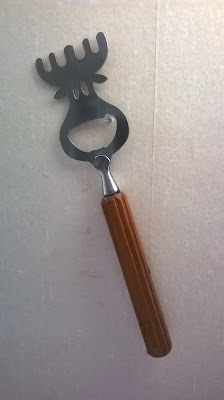 ”From this day on I will not drink a single beer nor any other alcoholic substance until the 1st of July 2017.”
So there went the official declaration. I’m taking this month off from enjoying great, good, mediocre and bad beers – and other alcoholic beverages, too. The particular reason for this idiocy is ”for a change”. There are no health, mental, social, gastronomic or other issues behind a sober month that I’m aware of. I’m usually not eager to dare or challenge myself with routines and I don’t want to test my will power, motivation, attitude, commitment or other shit people call mental strength. For a change, for fun & entertainment and for the sake of stupid ideas and empty arguments are the correct answers to the question ”why”.
”It’ll be a quiet month with the blog, then?”
Wrong. In addition to the fact that in three months the blog’s beer backlog has grown to around 30 tasty or very tasty brews that wait to be ölbeated (i.e. written and finalized), there are several other beery things to write about:
A beer lover’s sober diary (or at least some samples). It would consists completely of factual and fictional text on what the main character thinks about his situation of beerlessness, how full or empty his life has become, how he thinks or doesn’t think about a pint or a half, what alternative activities he finds to replace drinking beer etc. Damn interesting like every public diary is, if you ask me.
A bicyclist’s brewery tour in Pori without beer. There are four operative commercial breweries in Pori and a brewery restaurant Beer Hunter’s owned by one of them. The cycling distance between the northern-most and the southern-most is a little over 10 kilometers. Having the start point in the city center and the end point at the Beer Hunter’s pub would make the tour around 20 kilometers long. Since the purpose is to ride the complete tour with a bike, it’s probably a good idea not to have any beer involved. If any of the breweries in Pori get interested – nice. If not – bugger.
Couple of texts on things that suck ass in Finnish beer scene. I mean things like
The fountain of self-asserted and pseudo-philosophical crap around beer offers an infinite number of topics for critical and provocative stories, which will probably circle around the basic simple question ”why are we wasting our time to this decorative bullshit instead of just simply enjoying beer”. I promise that I can’t give an absolutely correct answer to the question but I can give some options.
”So one answer for the one month break could be your blog?” Yeah. Definitely maybe.
One thing is for sure. Since I don’t drink beer in June, there’ll be no basic Ölbeats or any other beer reviews published until July. Skitbit June 2017 will be violently skipped, too – my apologies to Laitila, Radbrew, Ruosniemi, Saimaa and other Finnish microbreweries for that. 😉 Just because of an idiotic principle. Unless I decide to turn into a non-alcoholic drink blogger on the way. I probably won’t – but you can never tell. But there will be music.

Nothing to do with the subject or the reasons behind it. But it would be hard to match this with a drinkable beer, I think. And I like Amy Lee’s voice.
Evanescence: Call Me When You’re Sober (YouTube)
From the 2006 album The Open Door, the song was written by Amy Lee and Terry Balsamo