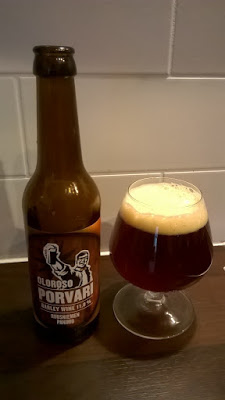 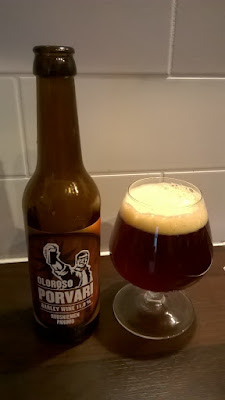 What about the beer?
Colour is dark brown with a small tan head. Aroma has caramel, sweet berries, orange and mango. Taste starts with sweet fruity and boozy kick. Sweet cherry liquor and piny booze take over. Towards the end rough sweet and boozy bitterness kicks strong with fruity undertones. Aftertaste has piny bitter booze and lasting oversweet cherries.
Bitter and unrounded Barley Wine. Don’t know if it’s got something to do with the barrel-aging but rough booze and bitter cherries kick in too hard. No signs of expected smoothness until the finals sips. Damn, what a disappointment after nice anticipation. Sadly, in addition more than one bottle from the brewery have been clearly spoiled – Turisti, Lomittaja, Piirimyyjä, Pikkupomo and Koodari, at least one of each. But this was simply barrel-aging gone bad. Hoping the couple of others are much better.

If this was a bad brew from Pori, it has to be followed by awful music from Pori. When the Finnish word ’porvari’ means a burgess, a wealthy inhabitant, its opposite is a beggar, ’kerjäläinen’. The brew didn’t make me feel wealthy. On the contrary, I felt like traveling to the kingdom of beggars. —  —
Dingo: Kerjäläisten valtakunta (YouTube)
From the 1985 album Kerjäläisten valtakunta, the song was written by Neumann. 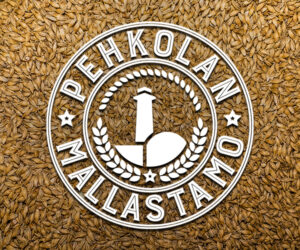